I don’t know what started the desire to go to Oregon. I think it may have been the show Portlandia, but after following about 10 or so pacific NW Instagram accounts, I knew I had to go there–not so much for the quirkiness, the feminist bookstores, or the farm-to-fresh chickens named Colin, but for the nature. In my opinion, the city of Portland itself was just ok. The food seemed to be mostly a fusion of two or more cuisines (did I mention I’m not a fan of fusion foods?), and J and I weren’t able to find out what was an absolute must-eat. I didn’t have enough time to do a lot of solid research on food since this trip fell almost immediately after summer semester. One thing I appreciated were the little hipster coffee shops in every segment of the city.

What sold me from the start was the abundance of nature. From small state parks to huge national parks, there isn’t a direction within Oregon or Washington that you can go without driving past or through nature. As such… most of my photos are of nature.

First stop: International Rose Test Garden & Portland Japanese Garden. Because who can resist walking through a garden of 7000 roses (and smelling at least 300 of them)? 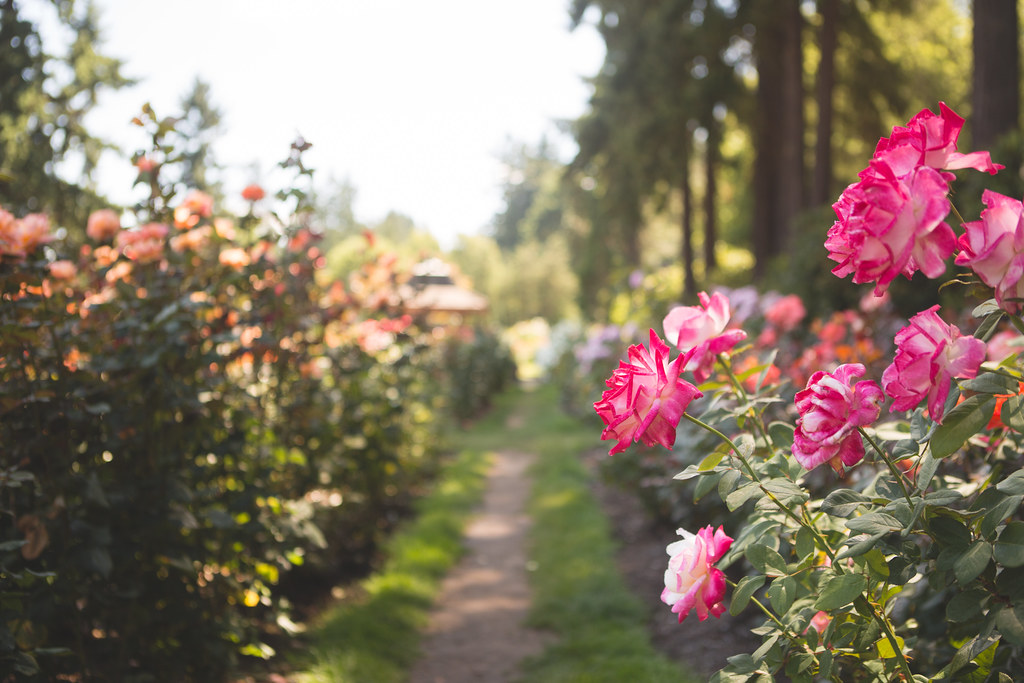 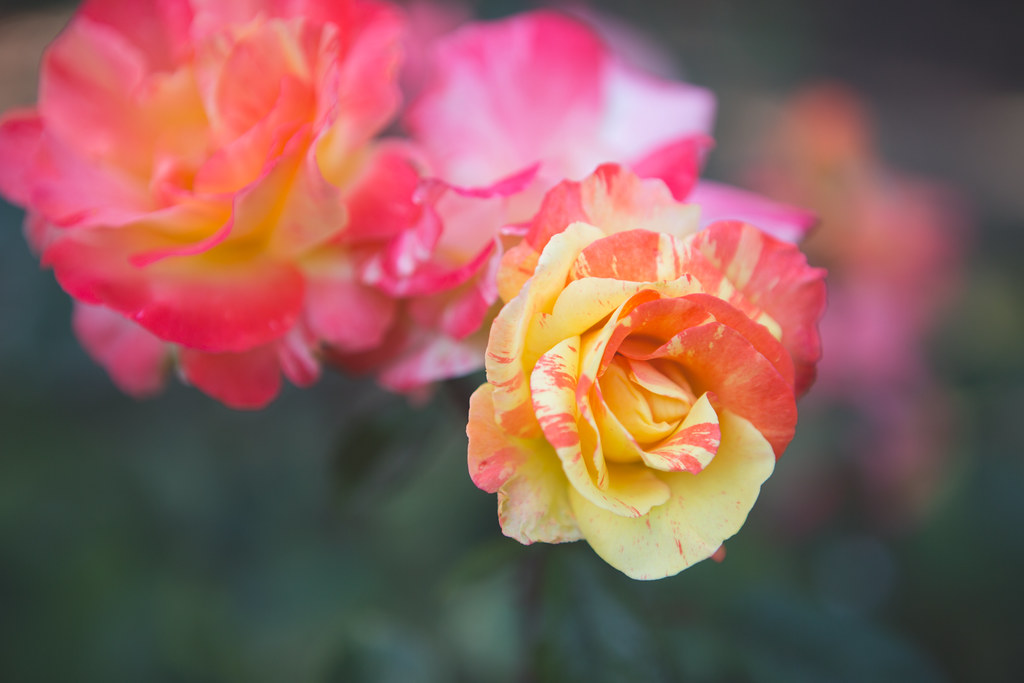 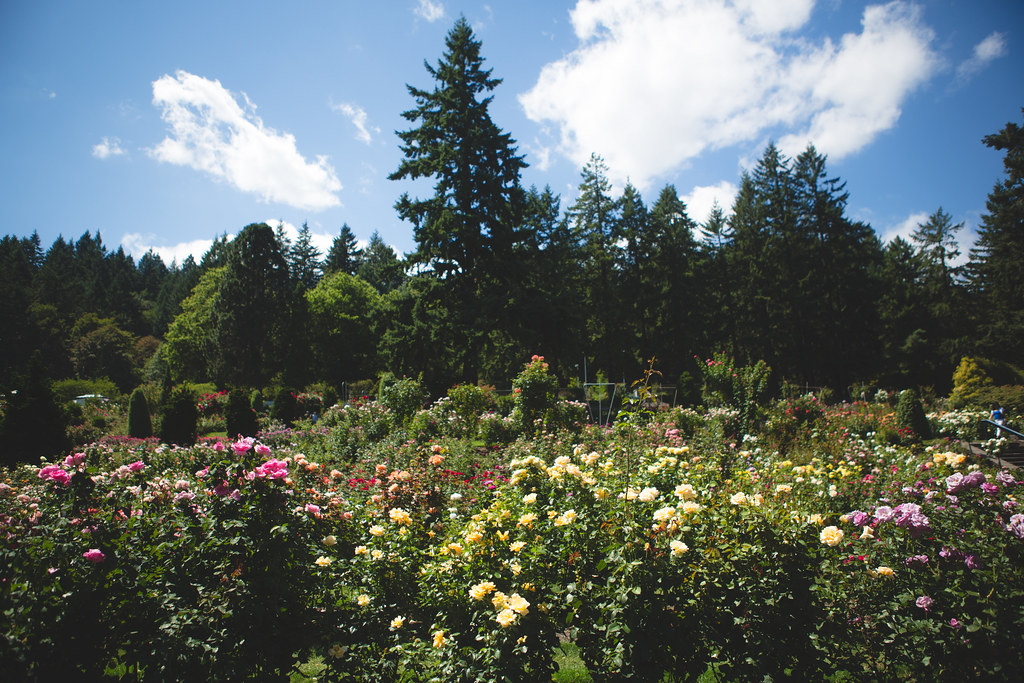 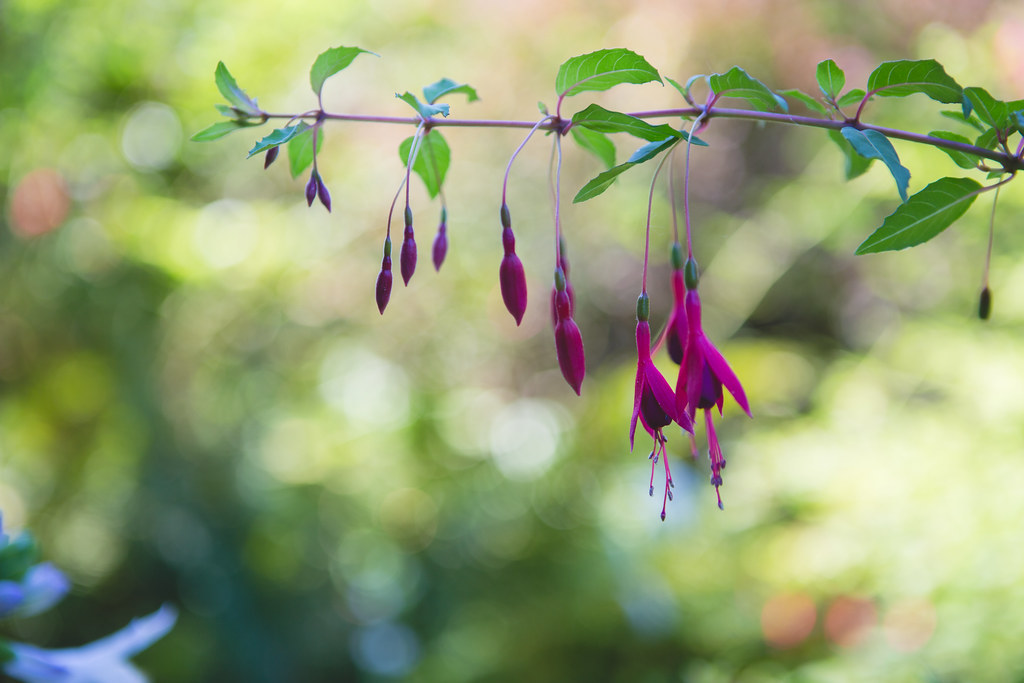 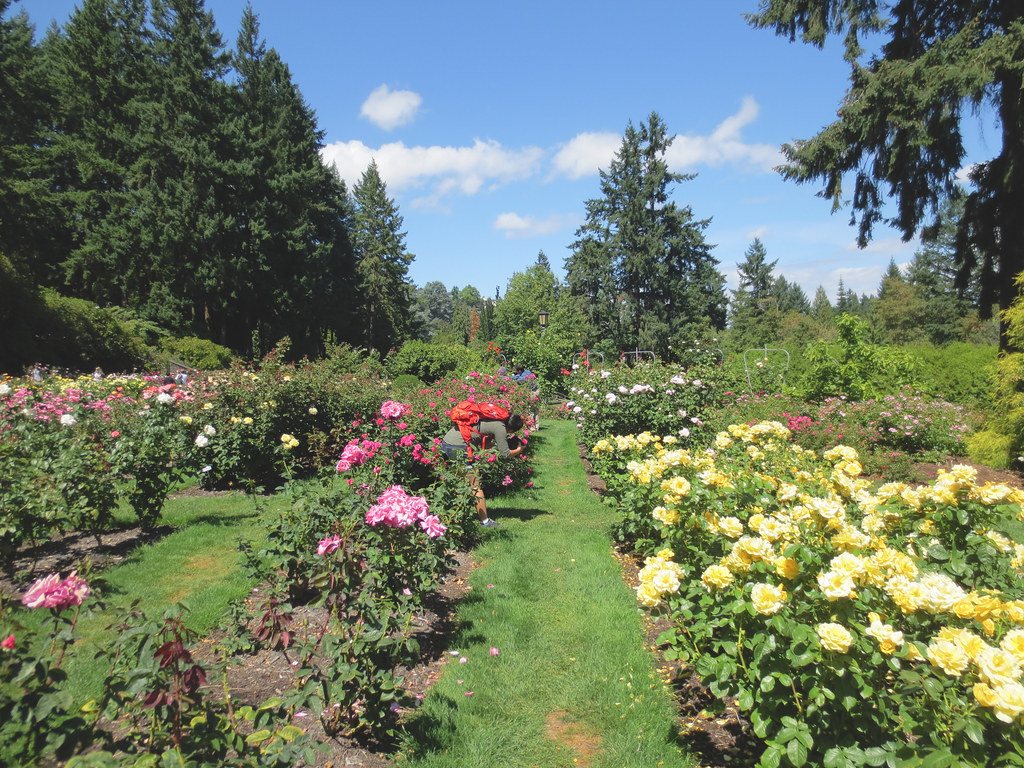 Multnomah Falls on the right (below)

We traveled 100+ east to go to a lake where we could see the sunset & Mt. Hood. But I failed, and picked the wrong lake. So instead… I got an otter cloud. Next time, I suppose.. 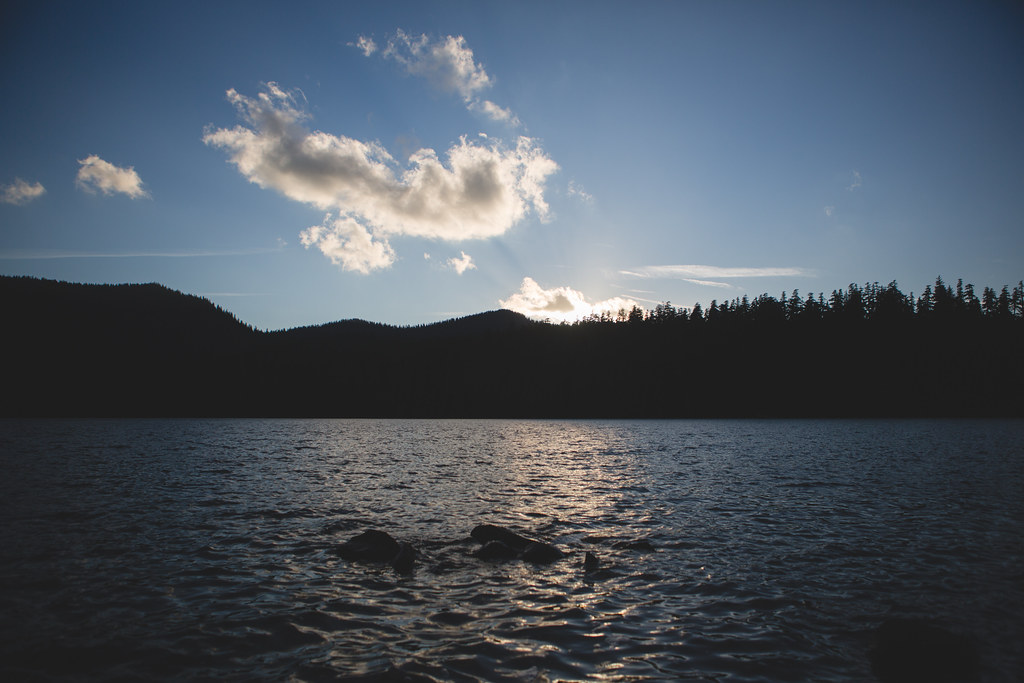 The next day we traveled 100+ miles north to see Mt. Rainier. This was my favorite part of the trip. 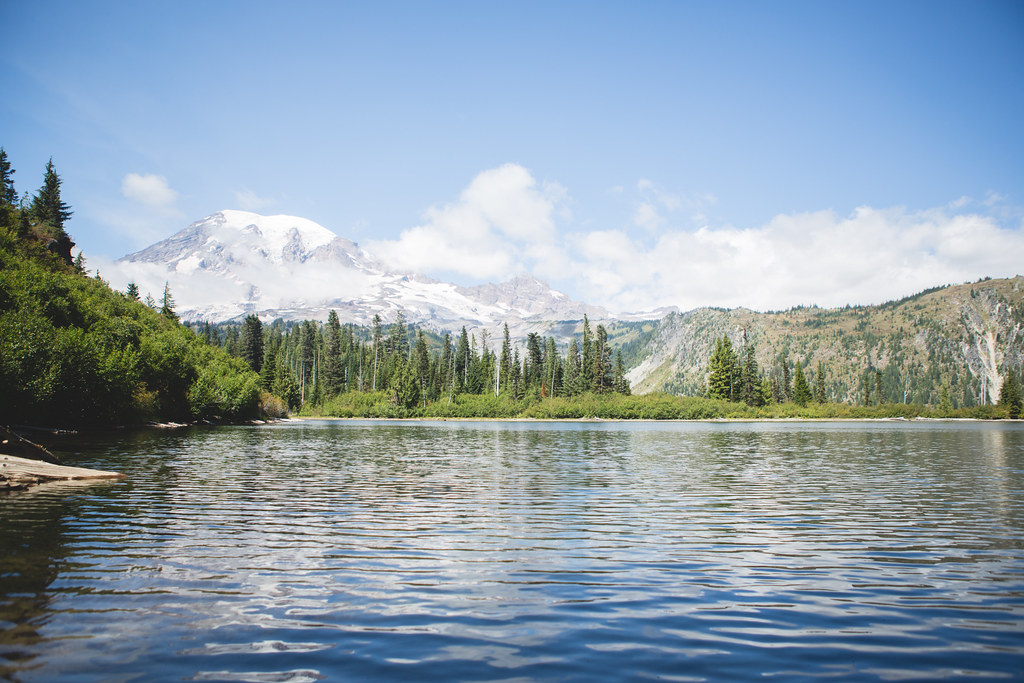 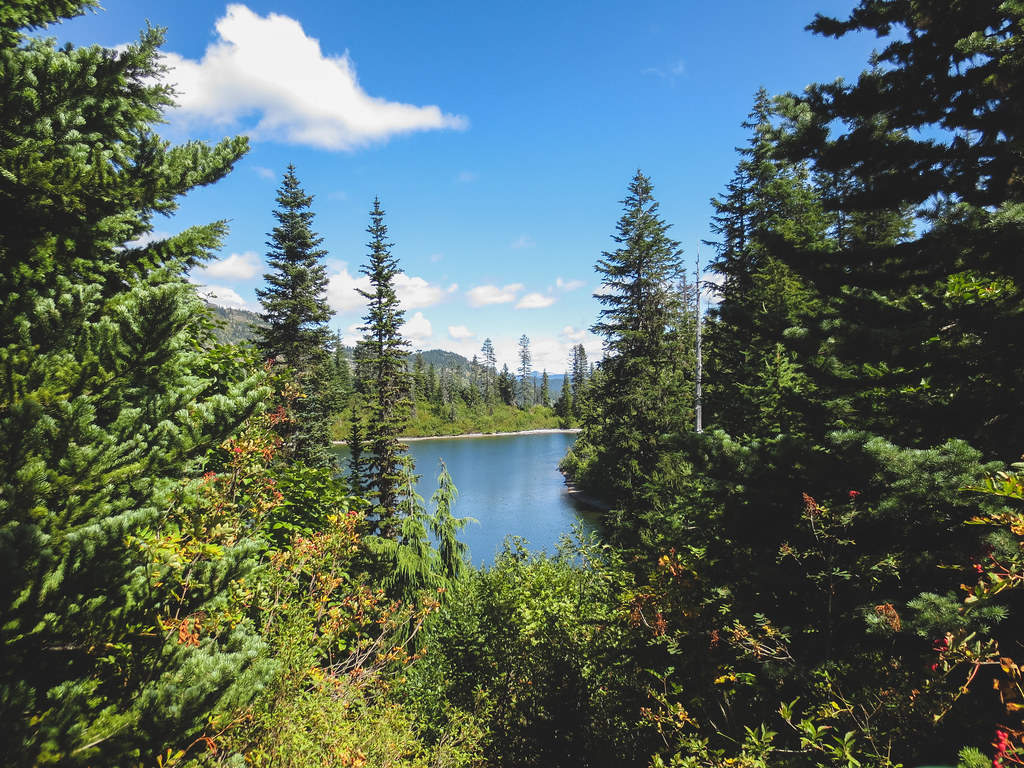 The next day we traveled 100+ miles west to see the Oregon Coast. It was kinda cold. Cannon Beach has these enormous rocks on the shore. You cannot climb them. They are just for looking. 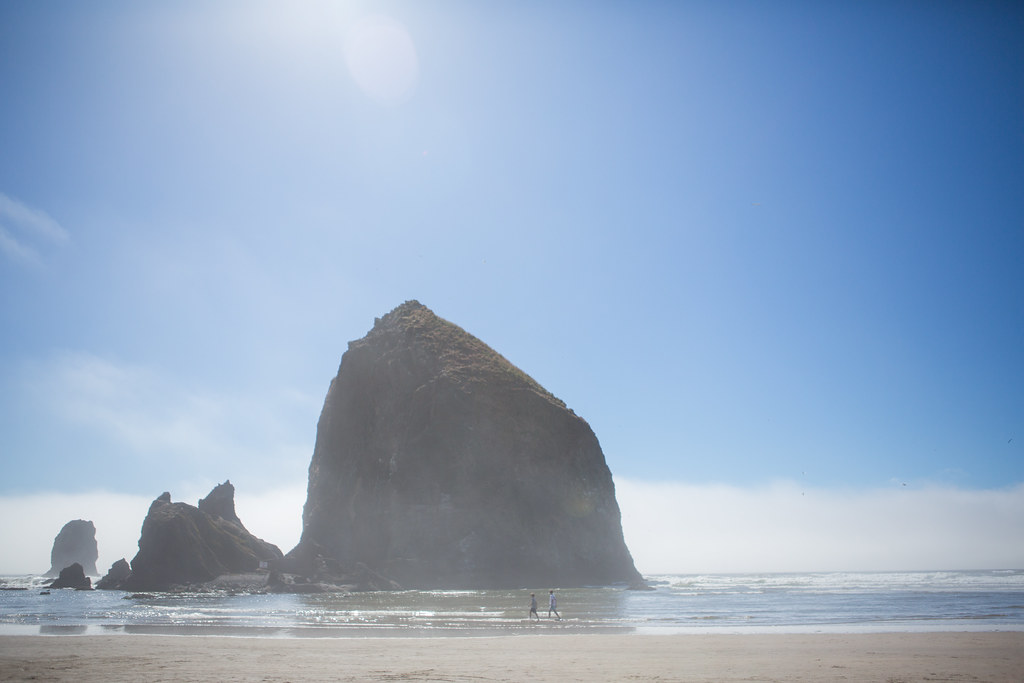 It was getting kind of cloudy…

The man is cautious. 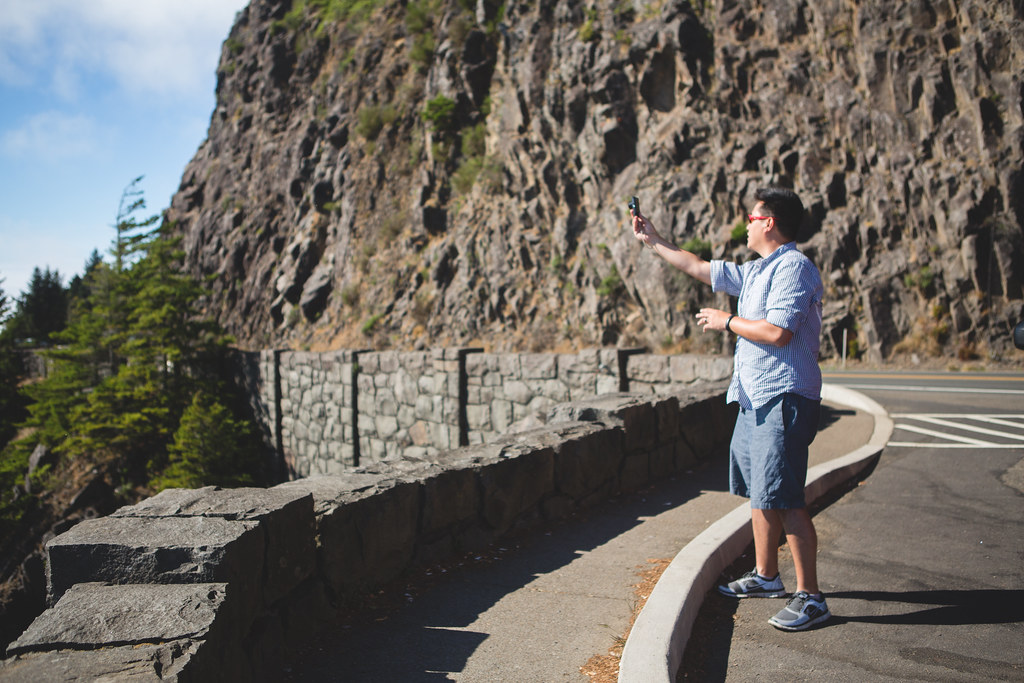 The clouds beat us. There’s an ocean in this photo, I promise you. 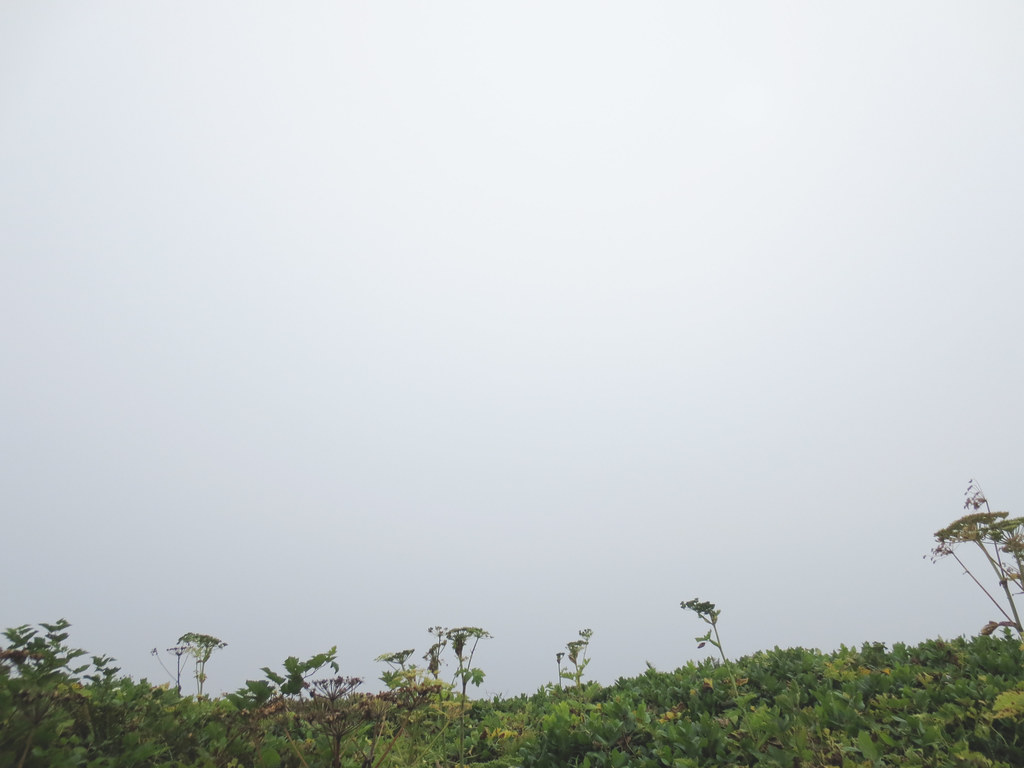 The next day, we took a short break from driving to spend some time w/ Jeff’s family at the Portland Farmers Market. If you go, go to The Smokery stand and try their smoked salmon (especially the Maplewine). Proceed to buy some, but do not forget them in your aunt & uncle’s refrigerator when you are leaving for the airport at 5 in the morning. Because then you will be so sad T.T 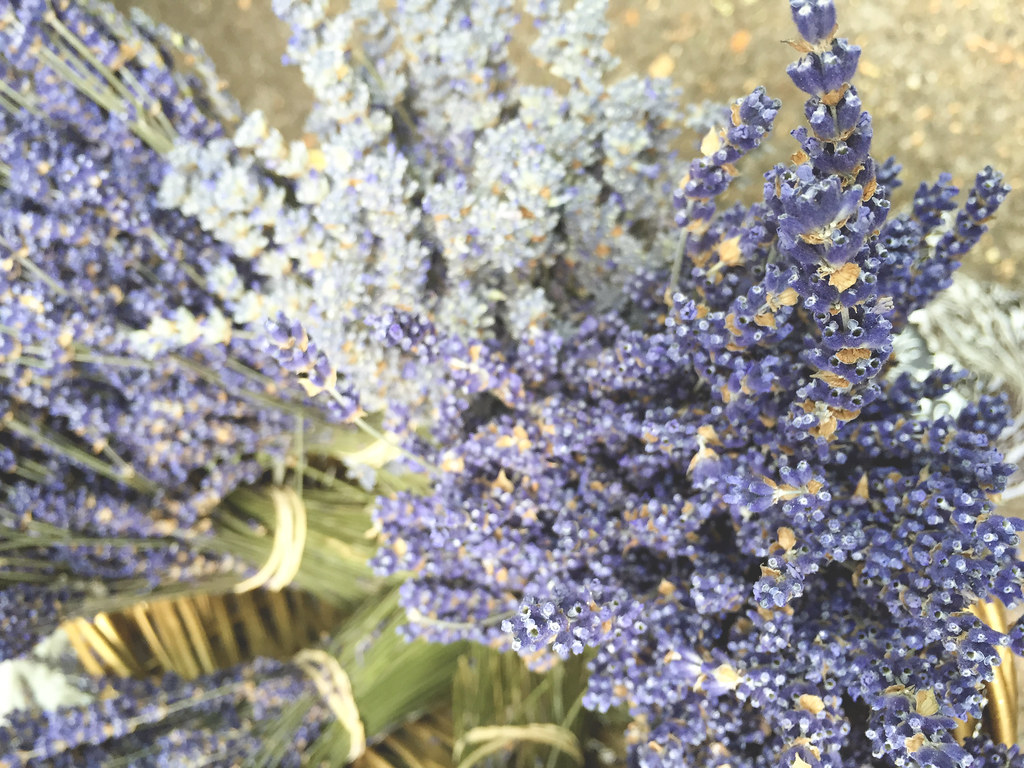 Little did I know that these July Flame peaches would be the best peaches I would ever taste in my life, and no peach from VA would ever compare. 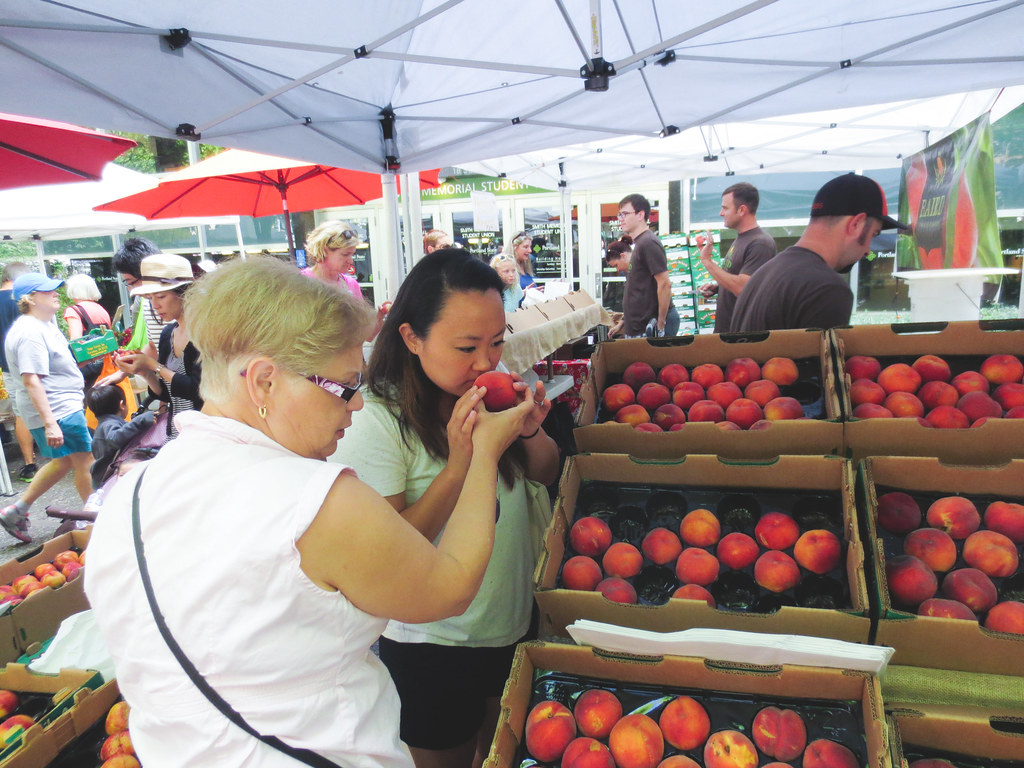 We also stopped by their Portland penthouse where J’s cousins are staying. I love a place with a view! 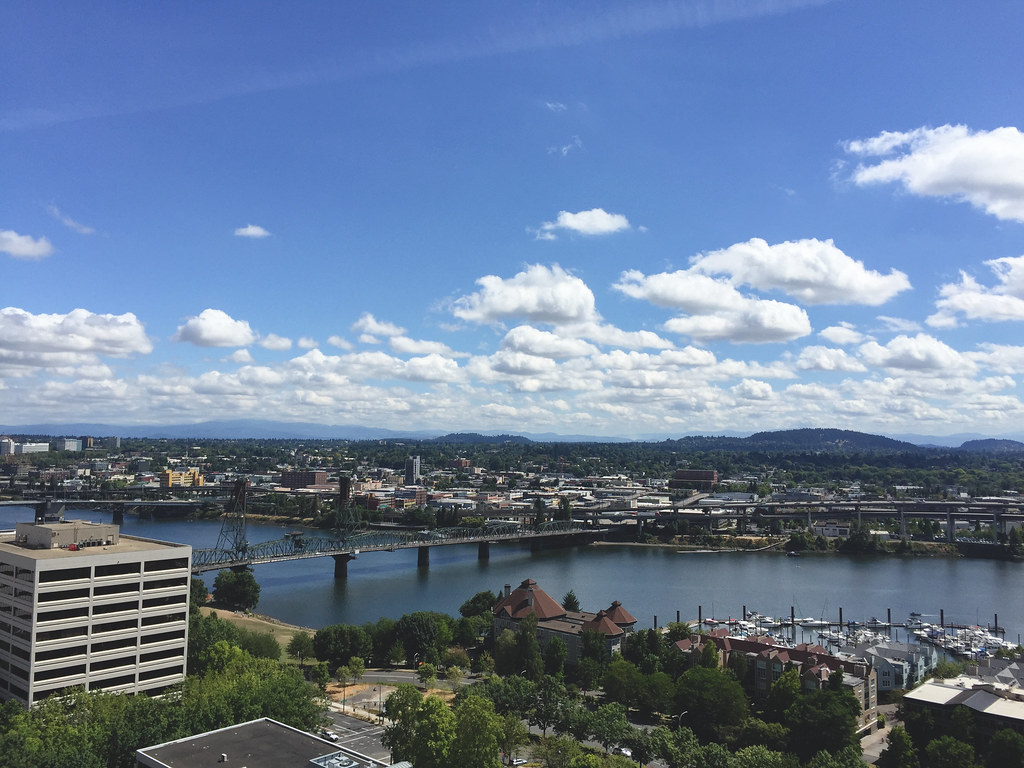 Later in the day we took some photos for the fam. Here are our lovely hosts, Aunt E & Uncle W. Aunt E is a nurse finishing up her DNP in psychiatric mental health. I feel as though she has adopted me as one of her own. Uncle W is like a wild, extroverted version of J’s dad. They’re a fun bunch. 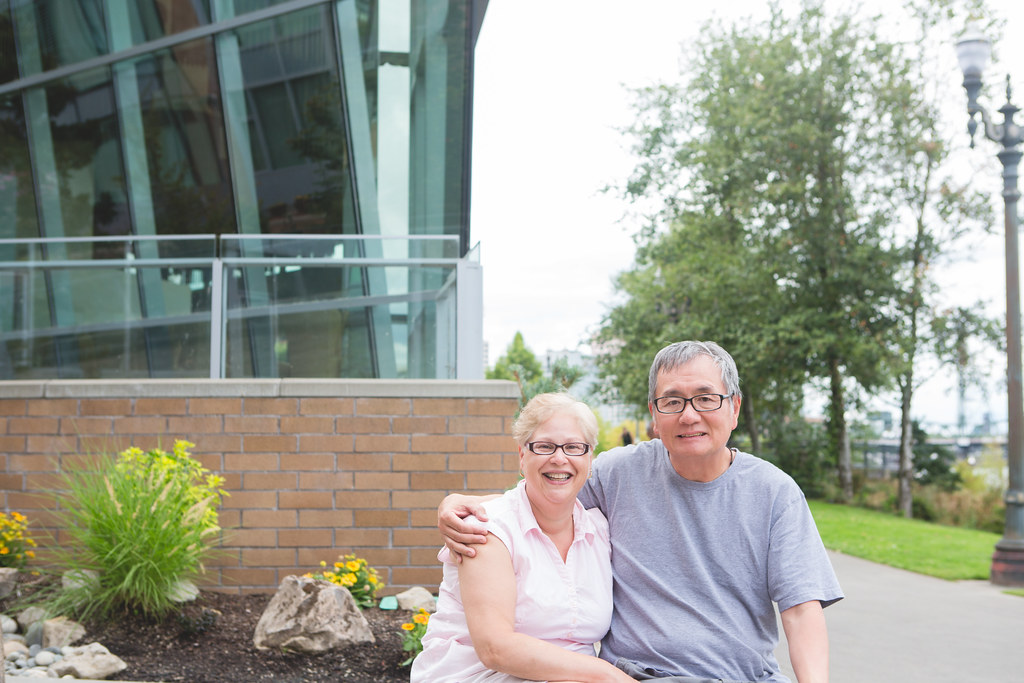 Cousins M, T, and their cutie who shares my name. 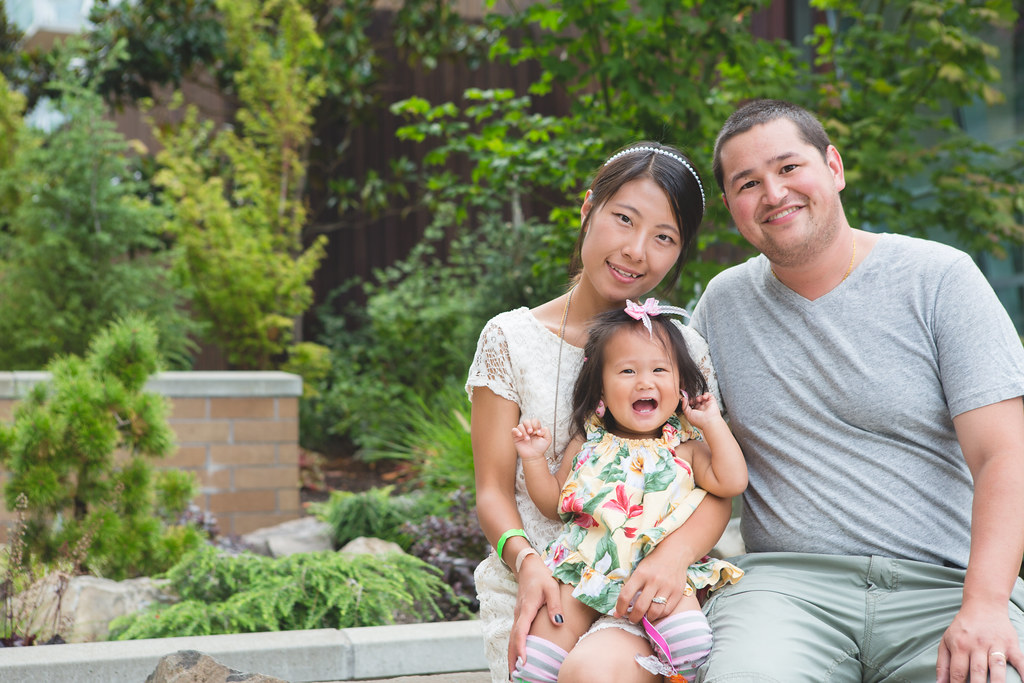 LOOK AT THE CUTENESS. 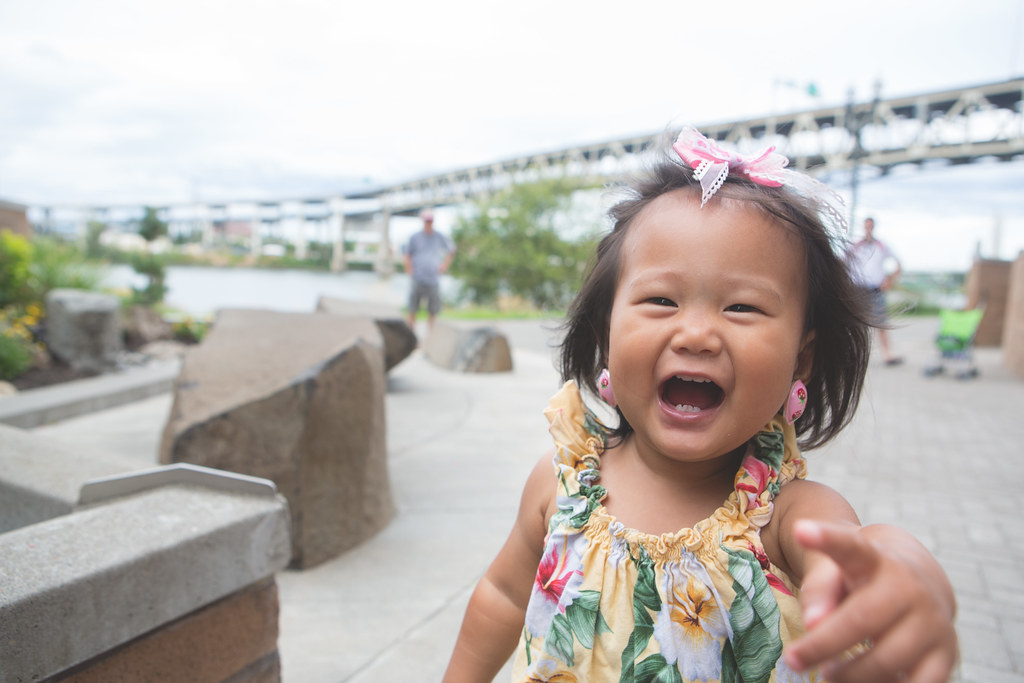 The following day, to wrap up our travels, we drove 250 miles south to Crater Lake National Park. It was kind of awesome. How can a lake be this blue? When you only have Burke Lake and Lake Accotink to compare to, the bar is pretty low. (I would later find out that Lake Michigan is also very blue. What up with that, VA?)

I’m sitting on a ledge, while Jeff is safely tucked away behind a building. When it comes to heights, we are on opposite sides of the spectrum.

It started to get kind of hazy. I’m not sure if this was fog or smoke from the park burning down.

The sunset was poor quality, but the stars were a nice treat. I brought my tripod but left the base plate at home, so I had to prop the camera up against things, like a fool. 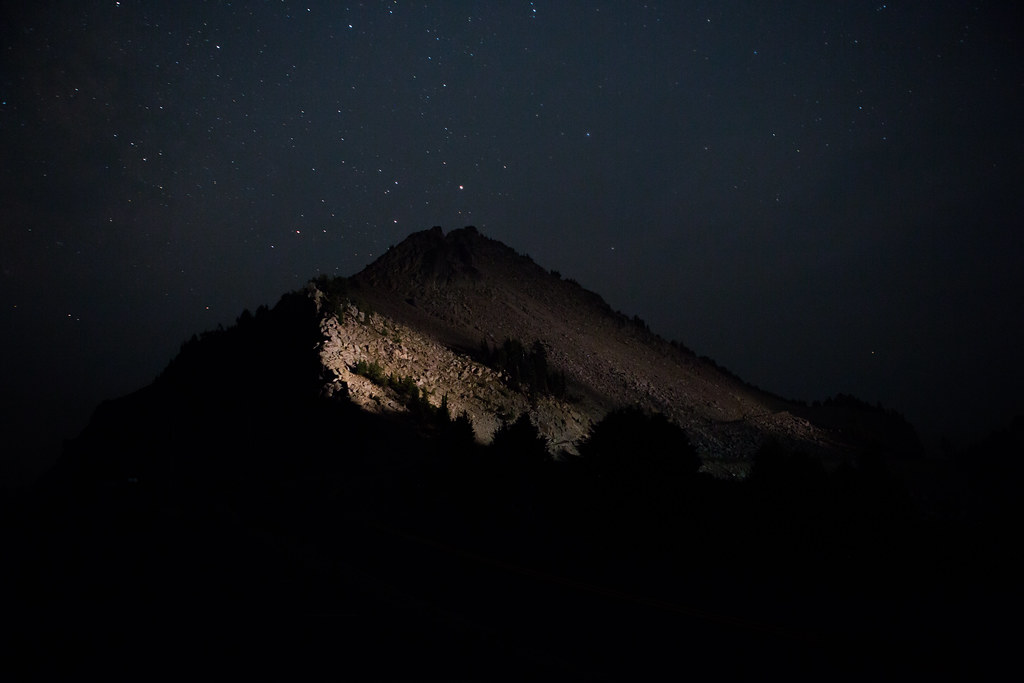 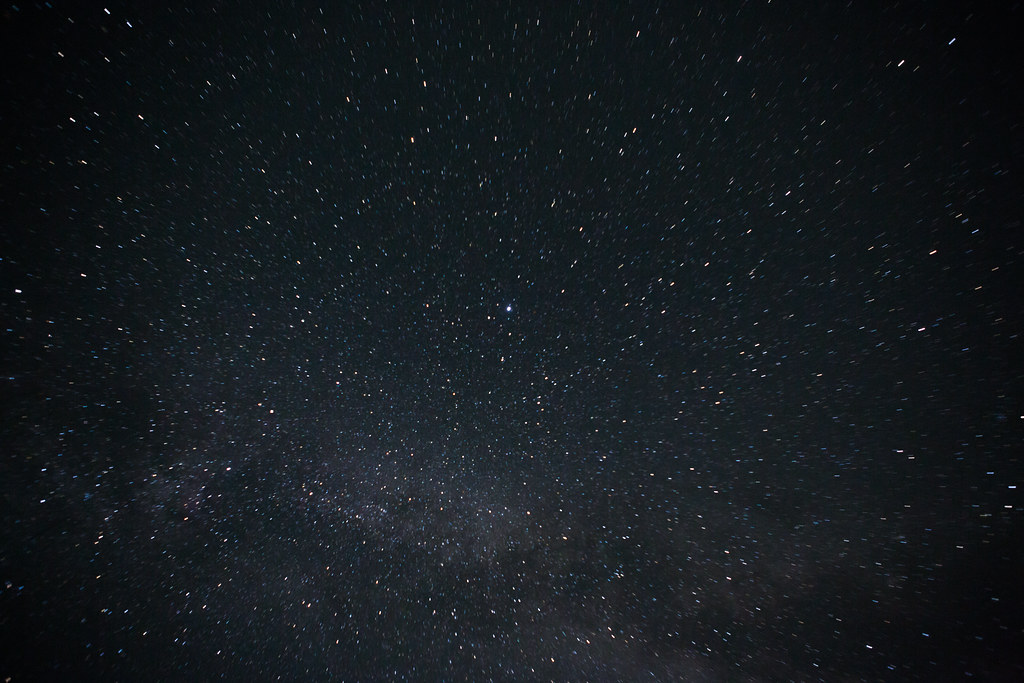 Finally, our last day. We did a bit of “retail hiking”. Jeff’s favorite part of the trip… we literally spent as much time in this store as we did hiking through Mt. Rainier.. *sad* 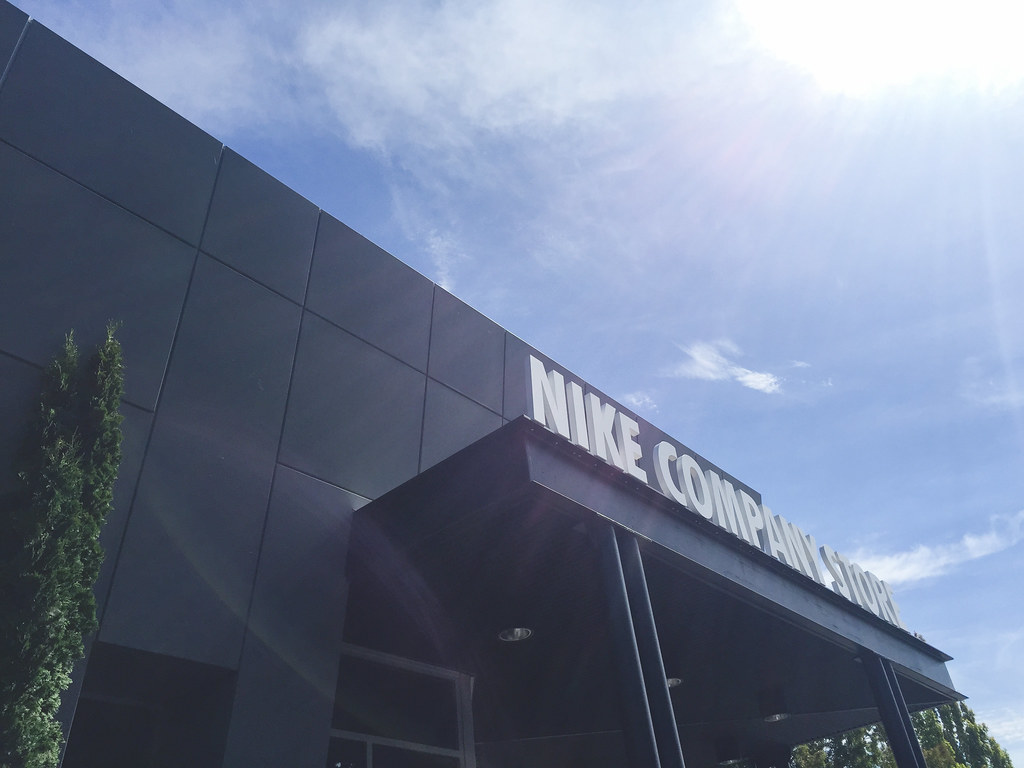 And Jeff’s favorite meal: Mine (L) was the Hot Brie. Jeff’s (R) was the Gabby w/ bacon. Jeff’s was better.

And a lovely farewell from the PNW. 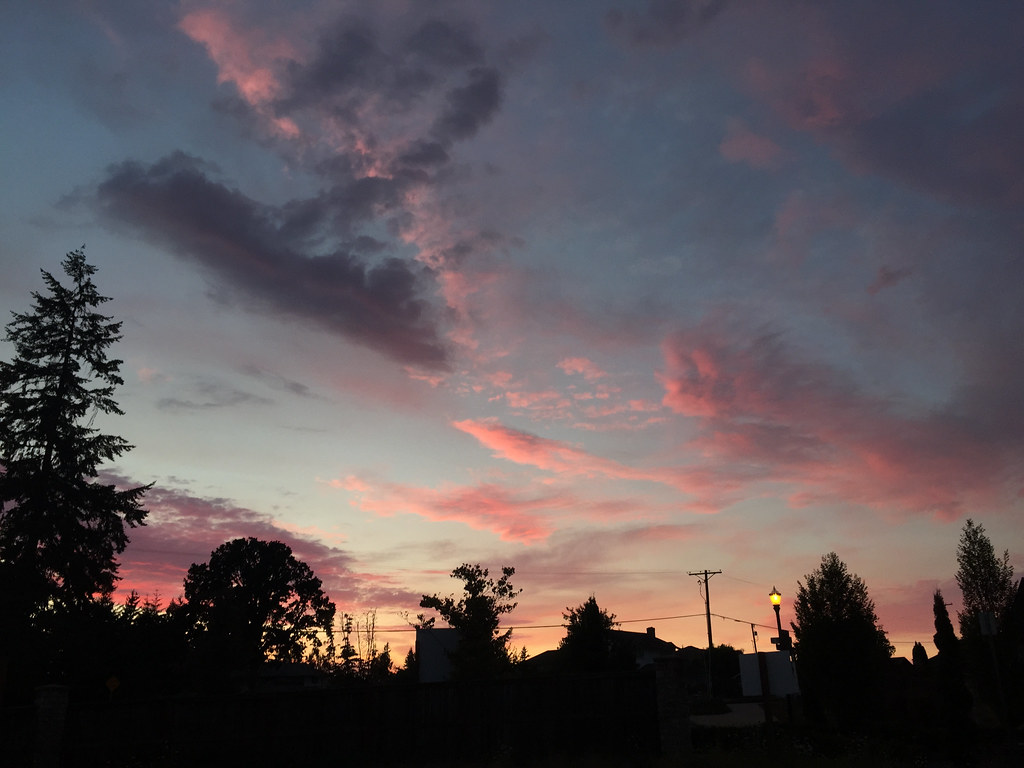